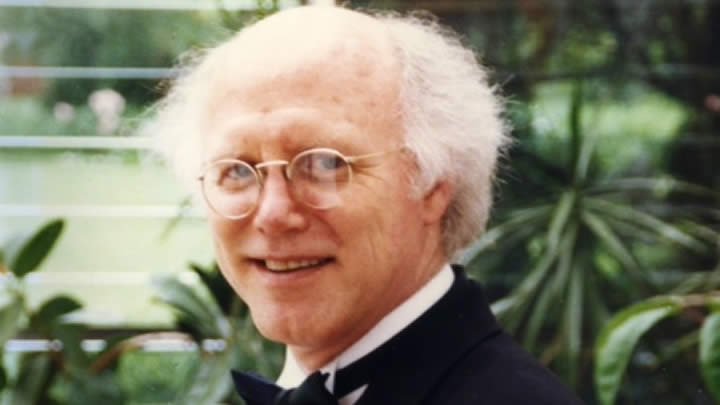 His beaming smile. His enthusiastic encouragement. His readiness to praise God in every circumstance.

This is how Calvin professor of art history emeritus Charles Young, who died on Monday, July 14, 2014, at his home in Saranac, is being remembered by the Calvin community.

Young, 66, served the college for 23 years (1983-2006) as an art history professor. During his tenure, he also served as chair of the art department, director of the Center Art Gallery and as the college’s facilities planner. Young is also credited with playing a major role in the development of the art history and pre-architecture programs at Calvin.

But his former students and colleagues don’t talk about his titles or the many hats he wore, they all center in on his care for students.

“A historian, an artist, a teacher, and a friend. Charles embodied all these qualities,” said Rire Nakpodia ’93, one of Young’s former students. “However, what I remember most apart from his enthusiasm and love for art was his devotion to the well being of his students.”

Calvin professor of art history Henry Luttikhuizen worked alongside Young for 15 years. He says: “Charles loved his students and he affected them deeply, not only in terms of their scholarship and careers but he got them to think about their own lives and how they could serve others.”

“He remained very interested in what his students experienced after their diaspora to graduate schools so he could more accurately counsel current students,” said Steve Fridsma ’91, who had Young as his adviser in the pre-architecture program at Calvin.

Fridsma credits Young with pulling him back into the Calvin community by asking him to teach an interim course.

“Despite my, ‘Who, me? Really?’ reaction, he persisted, and I taught the very next January and three more occasions,” said Fridsma. “The degree of trust Charles placed in me as a very young architect gave me a lot of confidence in various aspects of my professional career.”

Young is survived by his wife Deborah, two children and his grandson. A funeral service was held on Monday, July 21, in Smithdale, Miss. A celebration of his life in Grand Rapids, Mich., is forthcoming. Contact CRY.memorial@gmail.com for details.