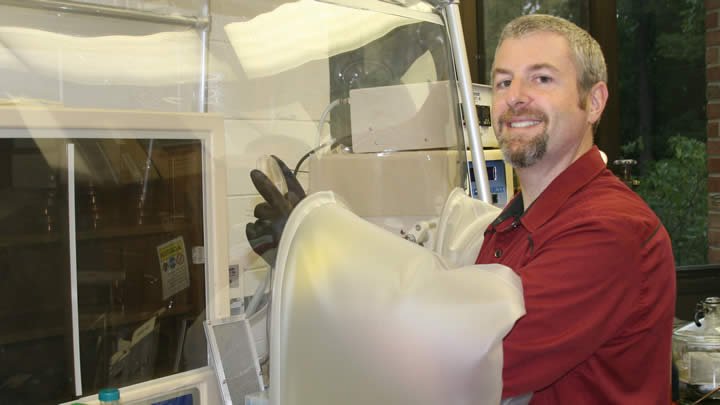 To a bacteria researcher like John Wertz, germ is a four-letter word. “I cannot stand the word germ,” said the Calvin biology professor, “because it suggests that all bacteria and viruses are bad.”

In fact, the vast majority of bacteria are good, he said: “We need them. We are much more at risk for disease when our bacteria are out of whack or we don’t have them.”

Wertz has spent his career studying “good” bacteria and was recently awarded $479,000 from the National Science Foundation as part of a $2 million grant to continue his research.

Wertz’s portion will be used to cultivate never-before-seen bacteria in the laboratory, a skill he honed while still a graduate student at Michigan State University.

It was this work that drew Wertz into this current collaborative project. “My PhD thesis was on cultivating these new bacteria [collected from termites’ guts] that had never been cultivated before,” he said. “Ninety percent of bacteria anywhere we cannot grow in the lab. This is a big problem because the way we understand more about it is by working with them in the lab.”

Wertz’s success as a graduate student was very exciting, he said. “It’s a remarkable moment when you’ve isolated a new bacterium, and you are the only person in the world who knows it exists; just you and God know about it. It’s incredible.”

A few years later, another researcher, who was unsuccessfully trying to cultivate a bacterium found in ants’ guts similar to the one Wertz had previously cultured from termites, contacted Wertz. “He asked if I could give it a try,” said Wertz. “Of course, I said, ‘yes.’ All I knew was that they had this cool new bacterium they couldn’t culture. So they sent me the ants, I squished up their guts and using the specialized equipment we have here at Calvin, I was able to say, ‘Yes, we’ve got it!’”

What went from a small side project quickly grew into something much larger with the potential for hundreds of species of bacteria residing in the guts of ants needing cultivation.

Bringing together experts and students

The grant will provide funding for a lab technician as well as student researchers to be involved in the project over the next five years. Wertz, along with Corrie Moreau (Field Museum of Natural History), Scott Powell (George Washington University) and Jacob Russell (Drexel University), will be studying all 117 species of turtle ants (found in tropical climates, primarily South America), particularly their bacteria—something that has never been done before.

“What we will be looking at is how bacteria are similar and how are they different between species,” said Wertz. “We really know quite little about how bacteria are functioning in turtle ants. If we find several functions of bacteria that would be really exciting.”

Contributing to the conversation

Their findings will contribute to the expanding field of holobiont theory, the idea that animals and plants are an integrated collection of host and microbes.

“If you want to study the remarkable diversity and speciation of ants, you have to study the ant and bacteria; that’s what this grant is really about,” he said.

But it doesn’t end there. “Any time you study a community of bacteria, you always learn something that can be applied to humans,” said Wertz. “For instance, one of the bacteria I found in turtle ants is related to bacteria in humans that is thought to cause obesity.”

While Wertz is looking forward to getting to know about the ants, he is not leaving the termites in the dust. “I still use them in classes,” he said. “They are a great model system, and I can find plenty of them in my backyard.” 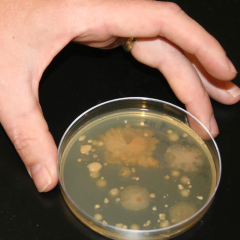 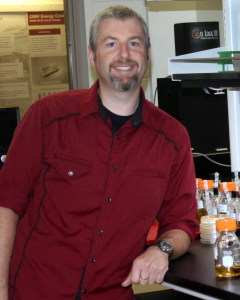