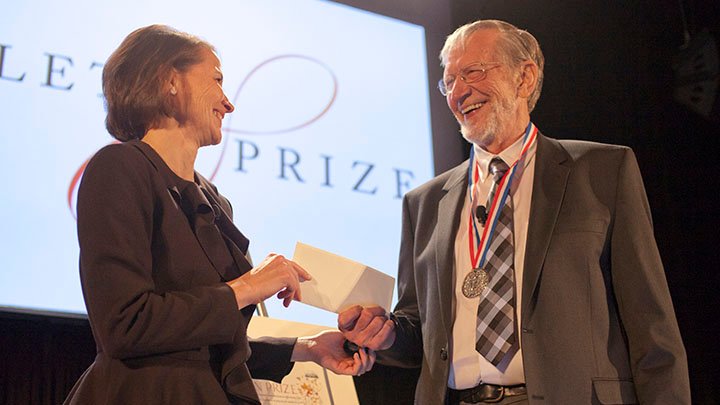 On Sunday, September 24, Alvin Plantinga ’54, the 2017 Templeton Prize laureate was formally honored at a celebration held at the Field Museum in Chicago. Plantinga, an American scholar whose rigorous writings over a half century have made theism—the belief in a divine reality or god—a serious option within academic philosophy, was a professor of philosophy at Calvin College from 1963 to 1982.

The Templeton Prize, valued at $1.4 million, is one of the world’s largest annual awards given to an individual and honors a living person who has made an exceptional contribution to affirming life’s spiritual dimension, whether through insight, discovery or practical works.

A number of Calvin College faculty and staff attended the formal ceremony in Chicago and the college’s alumni choir performed a few songs during the ceremony.

The Summer 2017 SPARK magazine featured a Q&A with Alvin Plantinga.