The UNDEFEATED: A Traveling Exhibition of Original Paintings by Kadir Nelson

February 3 – April 24 || Permanent Collection space
THE UNDEFEATED: A Traveling Exhibition of Original Paintings by Kadir Nelson opens its 3-year national tour at the Center Art Gallery, in conjunction with the Calvin Center for Faith & Writing’s Festival of Faith & Writing. Inspired by the children’s picture book of the same name, written by Newbery Award winning author Kwame Alexander, and illustrated by world renowned artist and author, Kadir Nelson, THE UNDEFEATED showcases Nelson’s awe-inspiring paintings that bring to life Alexander’s masterful poem through thought-provoking imagery. The exhibition aims to open a dialogue about diversity and inclusion and the weight of unreconciled historical truths in the hopes of healing, redemption, reconciliation, and restorative justice for individuals and communities.
Exhibition Reception | February 15, 5 – 9 p.m.
Kadir Nelson: FFW Keynote Address | April 16, 12 p.m.
VanNoord Arena. Open to the public and free with ticket, available here.
Co-sponsored by the Center Art Gallery and the Calvin Center for Faith & Writing (CCFW), in conjunction with CCFW’s Festival of Faith & Writing. Exhibition on loan from Kadir Nelson INC/JKBN group LLC. The Undefeated is made possible by a grant from the Michigan Humanities Council, an affiliate of the National Endowment for the Humanities. 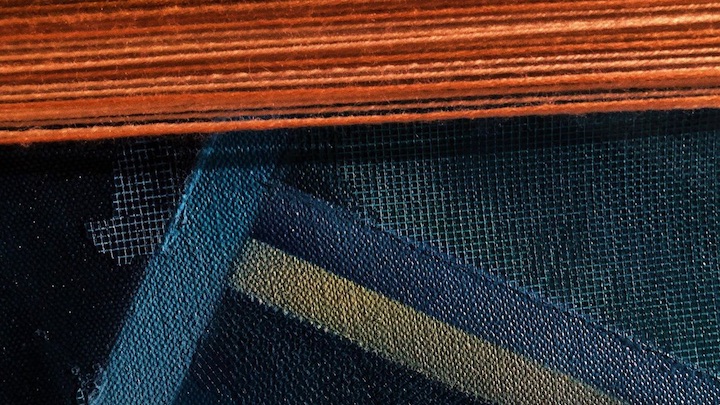 March 3 – April 25 || Gallery 1
An exhibition of work by and borrowed by Cherith Lundin, together with Mara Baker, Ute Bertog, Paula McCartney, and Astri Snodgrass.
This exhibition is an exuberant series of conversations about the poetics of color and light, and the ability of abstraction to access our perceptions and memories of space and time. The exhibition is shaped around the idea of homage, to friends and heroes, to artistic influence and exchange, and to the transformations and delight (Lundin 2020).
image: Samuel Jackson
Exhibition Reception | March 12, 6 – 9 p.m.

Rivalry in Print: Art and Competition in Seventeenth-Century France

March 3 – April 25 || Gallery 2
Rivalry in Print: Art and Competition in Seventeenth-Century France uses a remarkable bound volume of seventeenth- and eighteenth-century prints by Étienne Baudet, Gérard Audran, and Charles Louis Simonneau after the great rivals Charles Le Brun and Pierre Mignard to uncover a world of artistic competition in seventeenth-century Paris. Examining principally the rivalries between Le Brun and Mignard; the Académie Royale de Peinture et de Sculpture and the Maîtrise; and the more complex competition between the printmaker Gérard Audran and the artists whose works he reproduced, Rivalry in Print also places this unique volume of prints within the historiography of the artist’s monograph. Bound in the 1720s and loosely connected to the royal printing effort known as the Cabinet du Roi, the volume’s title, Grandes Pièces de Mr Le Brun et Mignard, places a curious emphasis on the works of two great artists and rivals instead of the grand collections of Louis XIV, an intriguing example of the art-historical sensibility in its very early stages of development.
The exhibition is organized by Calvin University alumna Julia Bouwkamp, under the direction of Art History Professor Craig Hanson with assistance from Art History major Mary Najmon. The volume that inspired the scholarship and exhibition was recently gifted by a Calvin alumnus who also generously funded both the conservation of the volume and the coinciding exhibition research and development.
Exhibition Reception | April 17, 6 – 9 p.m.
A note on the image: The Center Art Gallery will showcase new acquisitions of seventeenth- and eighteenth-century French prints after paintings by Charles Le Brun and Pierre Mignard, including Le Brun’s "Triumph of the New Testament," a series of five etchings made by Gérard Audran in 1681, illustrated here by impressions belonging to The Getty Research Institute (2003.PR.152).