GRACILE syndrome, Björnstad syndrome, and Complex III deficiency are phenotypically distinct rare diseases caused by mutations to the same protein, BCS1L. This protein serves as a chaperone, assisting with assembly of Complex III of the respiratory chain in mitochondria. Much is still to be learned about the mechanism of BCS1L transport to the mitochondria and the mechanism by which it aids in Complex III assembly. The collection of mutations observed in the three rare diseases listed above offer the opportunity to gain insight into these essential mechanisms. The distinct variations in phenotype also suggest there may additional, previously unidentified, roles for BCS1L in the mitochondria. Our long-term goal is to improve our understanding of the link between genotype changes and the phenotypic outcomes they trigger, leading to improved diagnoses for novel BCS1L mutations and further insights into the role of BCS1L in the mitochondria. 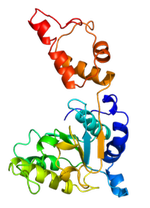 We are developing a yeast model system in which to study mutations causing GRACILE syndrome, Björnstad Syndrome, and Complex III deficiency. Yeast mitochondria are quite similar to human mitochondria and offer an opportunity to use available genetic and molecular biology tools to model disease states. Our yeast model system has an integrated human BCS1L gene, allowing us to make various known disease-causing mutations and assess the effects of these changes on the biochemistry and function of mitochondria. Our long term goal is to use these genetic and biochemical approaches to enhance our understanding of structure-function relationships between various disease mutations and their phenotypic outcomes. 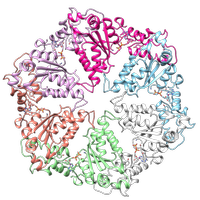 The varying phenotypic outcomes of disease-causing mutations suggest that BCS1L plays multiple roles in mitochondrial function and regulation. One particularly interesting phenotype is the hearing loss observed in patients with some BCS1L mutations. It is unclear why changes to BCS1L lead to hearing loss. To better understand the link between BCS1L mutations and hearing, we are developing a zebrafish model system. We will use CRISPR to introduce Björnstad Syndrome-causing mutations into the zebrafish and test various aspects of hearing and sensing in these organisms.

We are grateful for the financial support we have received from: