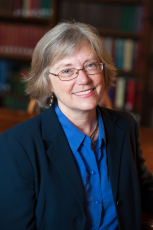 Our Reply--History and Faith in Anxious Times

Writing history with the eyes of faith is a craft, a work of art requiring knowledge, study, and sacred imagination. During these anxious times, and as the Conference on Faith and History marks its first half century, our challenge–and reward–is creating scholarship that engages both mind and soul, bringing new life to old stories and welcoming others to engage the past in all its mystery and complexity.

Peggy Bendroth received her B.A. from Cornell University and Ph.D. from the Johns Hopkins University. A respected historian, author and lecturer, she has served as the Executive Director for the Congregational Library since August 2004 and also recently was the President of the American Society of Church History. From 1998 to her move to the Congregational Library, Bendroth taught at Calvin College in the History Department. She is the author of The Last Puritans: Mainline Protestants and the Power of the Past, which tells the story of how Congregationalists enacted deeply with their denomination's storied past and recast their modern identity. Her other books include: The Spiritual Practice of Remembering; Women and Twentieth-Century Protestantism (one of several volumes which she edited); A School of the Church: Andover Newton Across Two Centuries; Fundamentalists and the City: Conflict and Division in Boston's Churches, 1885 to 1950; and Fundamentalism and Gender, 1875 to the Present. 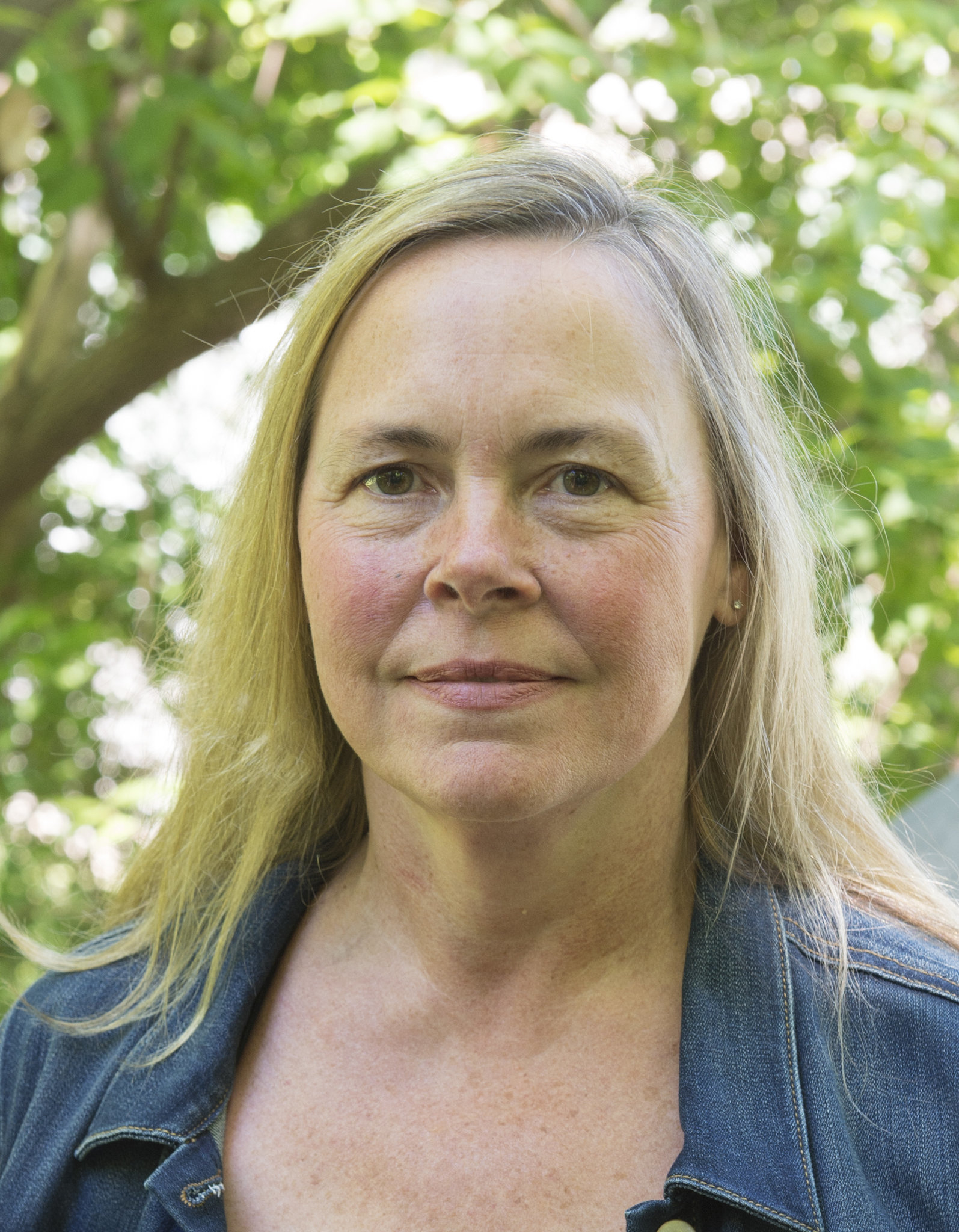 The Art of Living, Ancient and Modern

In After Virtue (1986), philosopher Alasdair MacIntyre described the contemporary moral universe we inhabit as nothing but shards of other systems that once made sense, now given over to the chaos of competing individualistic and emotivist claims. What comes after virtue? A logical answer might be a return of virtue. Is this possible, or even enough? This talk points to enduring traces today of classical philosophical approaches to the art of living and explores what is at stake in their differences in order to glimpse possible pathways forward in both scholarship and everyday existence.

Elisabeth Lasch-Quinn received her B.A. from the University of Virginia, her M.A. from the University of Vermont, and her Ph.D. from the University of Massachusetts, Amherst. A prolific writer and respected historian, Lasch-Quinn has been affiliated with Syracuse University since 1990, and the Campbell Public Affairs Institute there since 2001, and was previously a research fellow with The Historical Society and John Templeton Foundation as well as the Woodrow Wilson International Center for Scholars, and a Fulbright Fellow at the University of Rome III in Italy. She is a member of the Advisory Board of the Institute for Advanced Study in Culture at the University of Virginia, which awarded her a research fellowship for 2017-18. Lasch-Quinn is the author of several books, including Race Experts: How Racial Etiquette, Sensitivity Training, and New Age Therapy Hijacked the Civil Rights Revolution; and Black Neighbors: Race and the Limits of Reform in the American Settlement House Movement, 1890-1945. She is co-editor of Reconstructing History: The Emergence of a New Historical Society, and editor of Women and the Common Life: Love, Marriage, and Feminism. Her numerous essays, appearing in both scholarly and public venues, include “From Inwardness to Intravidualism” and “The New Old Ways of Self Help” in The Hedgehog Review. Her current book project, Ars Vitae: The Fate of Inwardness and the Return of the Ancient Arts of Living (forthcoming, University of Notre Dame), explores ideas and schools of thought in ancient Greco-Roman philosophy and modern American culture on the self, emotion, and enduring human questions about how to live.

Elisabeth Lasch-Quinn received her B.A. from the University of Virginia, her M.A. from the University of Vermont, and her Ph.D. from the University of Massachusetts, Amherst. A prolific writer and respected historian, Lasch-Quinn has been affiliated with Syracuse University and the Campbell Public Affairs Institute since 2001, and was previously a research fellow with The Historical Society and John Templeton Foundation, and a Fulbright Fellow at the University of Rome III in Italy. Her research interests include Greek and Roman philosophy and modern American culture. She is a member of the Advisory Board of the Institute for Advanced Study in Culture at the University of Virginia. Lasch-Quinn is the author of several books, including Race Experts: How Racial Etiquette, Sensitivity Training, and New Age Therapy Hijacked the Civil Rights Revolution; and Black Neighbors: Race and the Limits of Reform in the American Settlement House Movement, 1890-1945. She is co-editor of Reconstructing History: The Emergence of a New Historical Society, and Women and the Common Life: Love, Marriage, and Feminism. Her current book project is Contemporary American Notions of Selfhood, exploring the most noticeable historical developments from the 1960s to the present of a proliferation of new therapies aimed at individual health and well-being, at the same time that Americans are experiencing extreme levels of loneliness, anxiety, depression and ailments of the emotions and spirit.

Paul, Medieval Women and 50 Years of the CFH: New Perspectives

Medieval preachers in late medieval England preached Paul. The comfortable familiarity of medieval Christianity with Paul provides comforting continuity for us as modern Christians. Despite the gulf of time separating the 21st century Church from the 15th century Church, the familiar hum of Paul’s voice echoing throughout Christian sermons helps us remember that we are all members of the body of Christ. Yet, the way Paul is approached—especially regarding the roles of women—in late medieval English sermons is also jarringly different from our focus as modern Christians. Medieval sermons provide a new perspective that helps us see women in the Church in different ways. I argue that these patterns in Christianity, from the medieval to modern Church, are also echoed in the history of the CFH—comfortable continuities existing alongside changing perspectives, helping the CFH be both distinctive as well as dynamic.

Beth Barr received her B.A. from Baylor University and her M.A. and Ph.D. in Medieval History from the University of North Carolina at Chapel Hill. Barr is actively engaged in her community and in religious life, as well as presenting her scholarly work at numerous conferences and through research articles and published books. Her research focuses primarily on women and gender identity in medieval English sermons, how the advent of Protestantism affected women in Christianity, and medieval attitudes towards women in sermons across the Reformation era. Barr is the author of The Pastoral Care of Women in Late Medieval England and co-editor of The Acts of the Apostles: Four Centuries of Baptist Interpretation. She is currently working on her next book, Women in English Sermons, 1350-1700. She is also a regular contributor to The Anxious Bench, a religious history blog on Patheos. Barr has been a member of the Conference on Faith and History since 1979 and a board member since 2013, and is responsible for the Women of the CFH group in her capacity as a board member. She is currently the Vice President of the Conference on Faith and History, and will be installed as the organization's President for 2018-2020 at the October event. 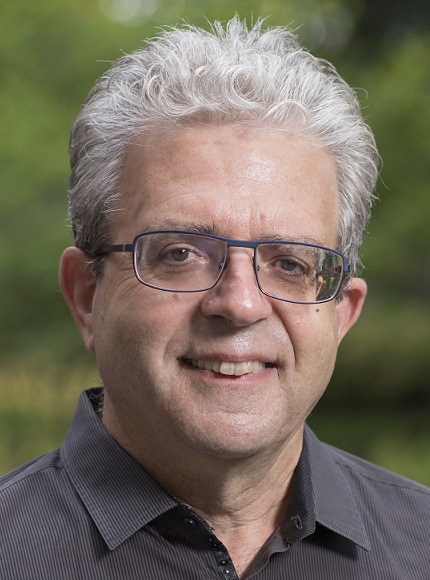 The Study of Religion on the Other Side of Disgust

Scholars of religion must learn to pay disciplined and poised attention to the implication of religious ideas and practitioners in horrors. Pogroms, crusades, slavery, racism, misogyny, and more have all received in different times and places religious sanctification, if not instigation, as have the intimate brutalities of everyday life. What outrage have the gods not been called on to witness and approve? But it is no easy matter, intellectually or emotionally, to develop this capacity, and even so, there may come a time when the human being who is also a scholar of religion reaches a limit of disgust. Beyond this limit, distinctions, qualifications, countervailing evidence, parsings, and other theoretical or hermeneutical subtleties fail. Or they contribute to the disgust. Then what? This lecture addresses the question of the then-what? in relation to the study of Catholicism following the still ongoing and seemingly endless revelations of clergy sexual abuse.

Robert Orsi received his undergraduate degrees in religion from Trinity College in Hartford, Connecticut and his Ph.D. from Yale University. A distinguished historian and scholar of religion, Orsi  researches, writes and teaches about religion in the United States, in the past and in contemporary contexts, with a particular but by no means exclusive emphasis on American Catholicism. He is also concerned with questions of theory and method in the contemporary study of religion. His scholarship draws on history, ethnography, religious studies, and psychological theories of imagination and of intersubjectivity to study the religious practices of men, women, and children. Prior to joining Northwestern University, he taught at Fordham University at Lincoln Center, at Indiana University, and at Harvard University/Harvard Divinity School. He is the author of Between Heaven and Earth: The Religious Worlds People Make and the Scholars Who Study Them; Thank You, St. Jude: Women's Devotion to the Patron Saint of Lost Causes; and The Madonna of 115th Street: Faith and Community in Italian Harlem. He has also edited The Cambridge Companion to Religious Studies and Gods of the City: Religion and the American Urban Landscape, and with Kathleen Cummings and Timothy Matovina, Catholics in the Vatican II Era: Local Histories of a Global Event. His most recent book, History and Presence, imagines an alternative to the future of religion and its study to that projected by modern theories and histories. 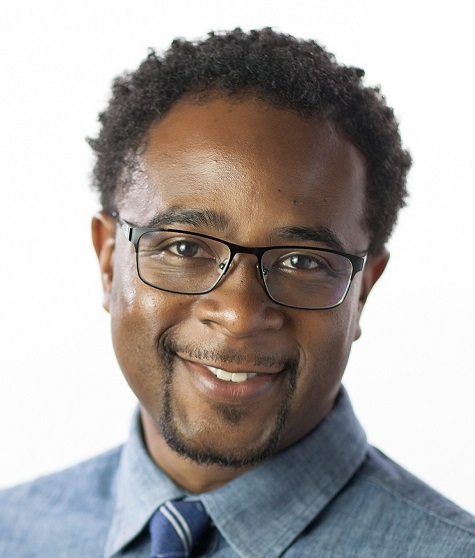 History as Activism: Knowing the Past to Change the Present

Confederate monuments, kneeling during the national anthem, the #MeToo movement, Black Lives Matter – we live in an age of protest and reform. College students often stand at the forefront of these movements by lending their energy, passion, and creativity to virtuous causes. But the problems of today arise from circumstances in the past. Today's activists must pursue a deep knowledge of this nation's history, especially as it relates to race and justice, in order to change the present and the future for the better. Tisby will relate America's past to current justice issues as he demonstrates how studying history is a form of activism that has the power to impact the present.

Jemar Tisby received his B.A. from Notre Dame and a MDiv from the Reformed Theological Seminary (RTS) Jackson. He is the president of The Witness: A Black Christian Collective where he writes about race, religion, and culture and is also the co-host of "Pass The Mic”, a podcast that amplifies dynamic voices for a diverse church.

Tisby’s writing has been featured in the Washington Post, CNN, Vox, The Atlantic, and the New York Times. He has spoken nation-wide at conferences on racial reconciliation, U.S. history, and the church. Jemar is a PhD student in History at the University of Mississippi studying race, religion and social movements in the 20th century. In January 2019, he will release his first book, The Color of Compromise: The Truth about the American Church’s Complicity in Racism. Follow him on Twitter @JemarTisby.